Dincel The Key To success For Complex Bronte Project

Located in the eastern Sydney suburb of Bronte, the house sits on a large sloping block. Given its location near the beach, the block is fairly sandy and is only accessible via narrow local streets.

“The site itself is very complex. The substructure and external works are extensive, and they actually represent 50 per cent of the costs,” said Andrew, who was recently named Master Builder of the Year.

Taking these factors, as well as a tight deadline of just over a year into account, he decided that innovative structural formwork system, Dincel was a must for the job. He realised that, by using this product, it would be possible for the whole job to be completed by one team of three to four.

“Dincel simplifies the installation process to a huge degree. We could never have achieved what we did if we were using a conventional bricklaying crew, reinforcing crew, carpenters and labourers to do footings and the all associated work.”

“We’ve used Dincel 110mm on the basement columns and walls and 155mm and 200mm on all external works, retaining walls, the water tanks, all the landscape walls and all the walls to the boundaries of the property.”

Waterproofing was also an important consideration. “We’ve got two underground tanks on the site, both of which are made out of the 200mm Dincel. They each have a 50,000 litre capacity, which is actually bigger than the pool onsite,” said Andrew.

Dincel simplifies the waterproofing process. Both the system’s polymer skin and the panel joints are impervious to water. Therefore, there is no need to apply a waterproofing membrane on the wall surfaces. The only places that do require treatment are any junctions, including the wall to the footing / slab.

“We’ve used Dincel without any membrane installed on the tanks and also the retaining walls and the garden landscape walls…They are all waterproof, and we’ve had no problem at all,” said Andrew.

In addition, the garden landscape walls needed to be cladded with sandstone veneer. Again, said Andrew, Dincel handled this requirement without a problem. He emphasized the fact that the company was quick to offer the support he needed to ensure the veneer was applied correctly and securely

“They talked us through the process and gave us all the products that are warranted with Dincel, particularly the render and the glues” he said. “It was such a success that, after gluing the sandstone veneer to the Dincel, the only way we could remove it was to jack hammer it off!”

Concluding, Andrew not only said he was delighted with Dincel, but that it was integral to the project’s successful completion. All up it took just 13 months, compared to the two to three years he estimated it would have taken without Dincel.

“We couldn’t have done it without Dincel. It’s as simple as that,” he said.

We couldn’t have done it without Dincel. It’s as simple as that. 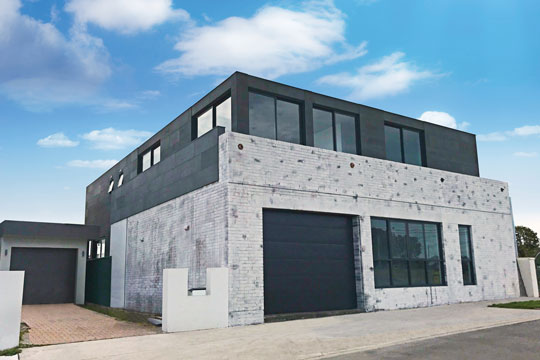 A formwork and scaffolding business which constructs buildings in the commercial, industrial and high-rise residential sector for private and public companies, Formscaff proudly uses Dincel Structural Walling to complete structures quickly, safely and more cost-competitively than others. 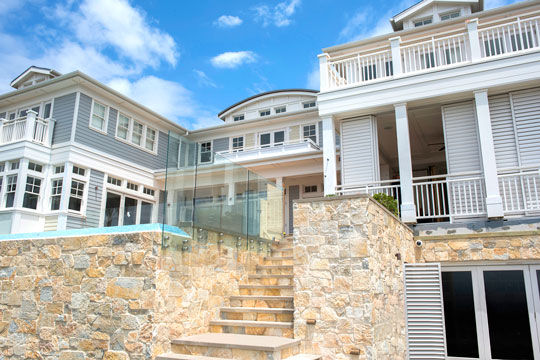 Located in the eastern Sydney suburb of Bronte, the house sits on a large sloping block. Given its location near the beach, the block is fairly sandy and is only accessible via narrow local streets. 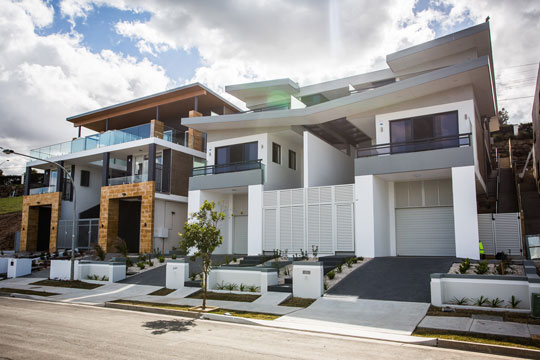